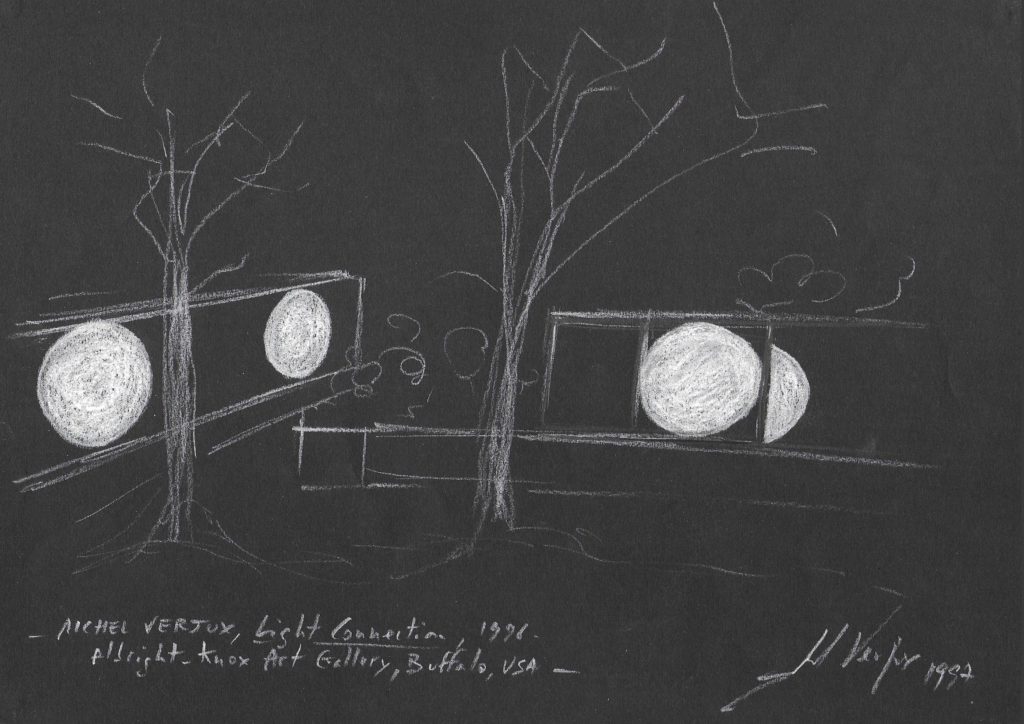 B scene organizes exhibitions that find momentum in the intense quest for a relevant interface between art and architecture. Where can art link up with architecture and vice versa to allure us? With its exhibitions B scene attempts to show the mutual affinities between art and architecture, presenting new or older work of the best artists who consider the search for and exploration of space in a concrete and abstract sense an inherent part of their artistic production.

B scene is particularly proud to announce an exhibition by the French artist Michel Verjux, who for several decades has been working on a coherent oeuvre that is based on the injection/projection of light into space. Without electricity and architecture, Verjux’s work simply wouldn’t exist. His art is energy, with electricity as the source and origin of modernity as a whole.

Verjux creates sketches and drawings that help him to prepare his light works to perfection. Drawings should be considered a means to aid thinking. At the exhibition in B scene there are eight of Verjux’s drawings that allow the public to glance over his shoulder—i.e. the artist invites us ‘hospitably’ to poke around his artistic kitchen… and/or he shows us how he proceeds when projecting light on situations and locations where he has been invited. In the case of B scene, this location is a very public “glass” corner space situated on the street side. Furthermore, the facade of the office of Binst Architects in Antwerp is very inviting—or simply perfect—as the ‘support’ for a temporary artwork with light.

Verjux’s work can rightly be considered in situ art, in the sense the famous artist Daniel Buren understood the term. For him, in situ art means that the artist leaves his or her own studio and considers the venue of the exhibition a temporary ‘studio’ where the artist reflects on and creates a work of art that can only ‘take place’ in this place and for a period of time determined beforehand. After the exhibition, drawings and photographs (can possibly) remain as ‘souvenirs’, but that’s it. Artists such as Verjux are therefore famous all over the world and much in demand to create works that integrate a work of art permanently.

Verjux’s varied oeuvre—which now spans almost four decades—can be called radically immaterial. It’s as if he details places and architecture with razor-sharp spotlights and points to the beauty of these in all their proportions and on a scale that we as the public usually hardly notice or perhaps even fail to do so.

Apart from two new light projections and a series of relatively little known drawings, Verjux also presents a firstling for our country: a number of beautiful, small sculptures made of steel. The works are in fact perfectly folded pieces of steel with the circles or semicircles cut out suggesting the (intangible) light in their emptiness. The light is not an illusion, but an intangible form of matter, like the fragments cut out in the small abstract sculptures, which engage in a bantering dialogue with Verjux’s entire oeuvre. How beautiful is this art of allusion and intimation!

Thus in B scene the public can see art by an artist who is considered a reference in the entire world, and who is appreciated for his sustained artistic practice, which is without compromises and untouched by fashion and other caprices of the art world. This is an art that shows greatness in its simplicity and in all the special associations it triggers. 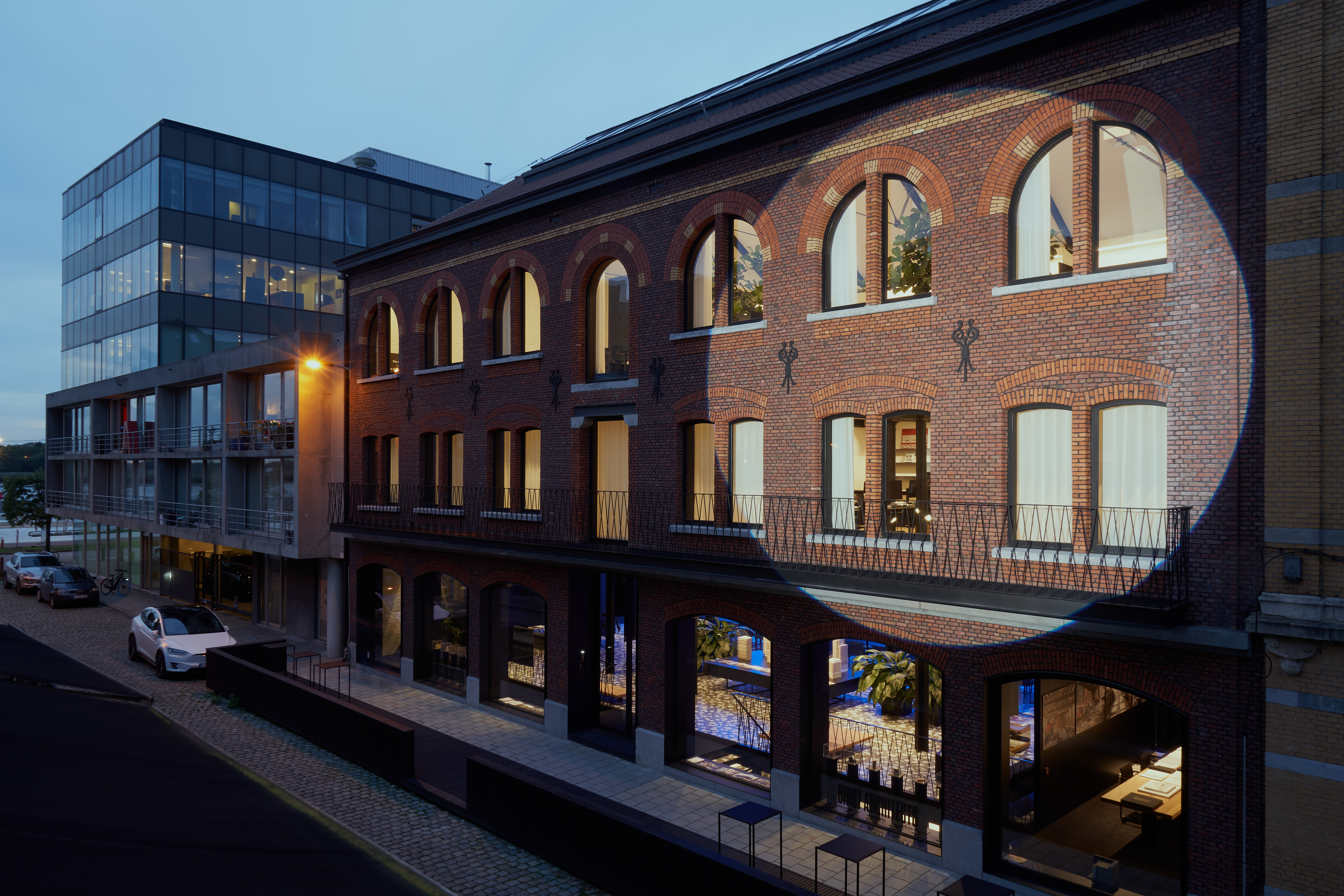 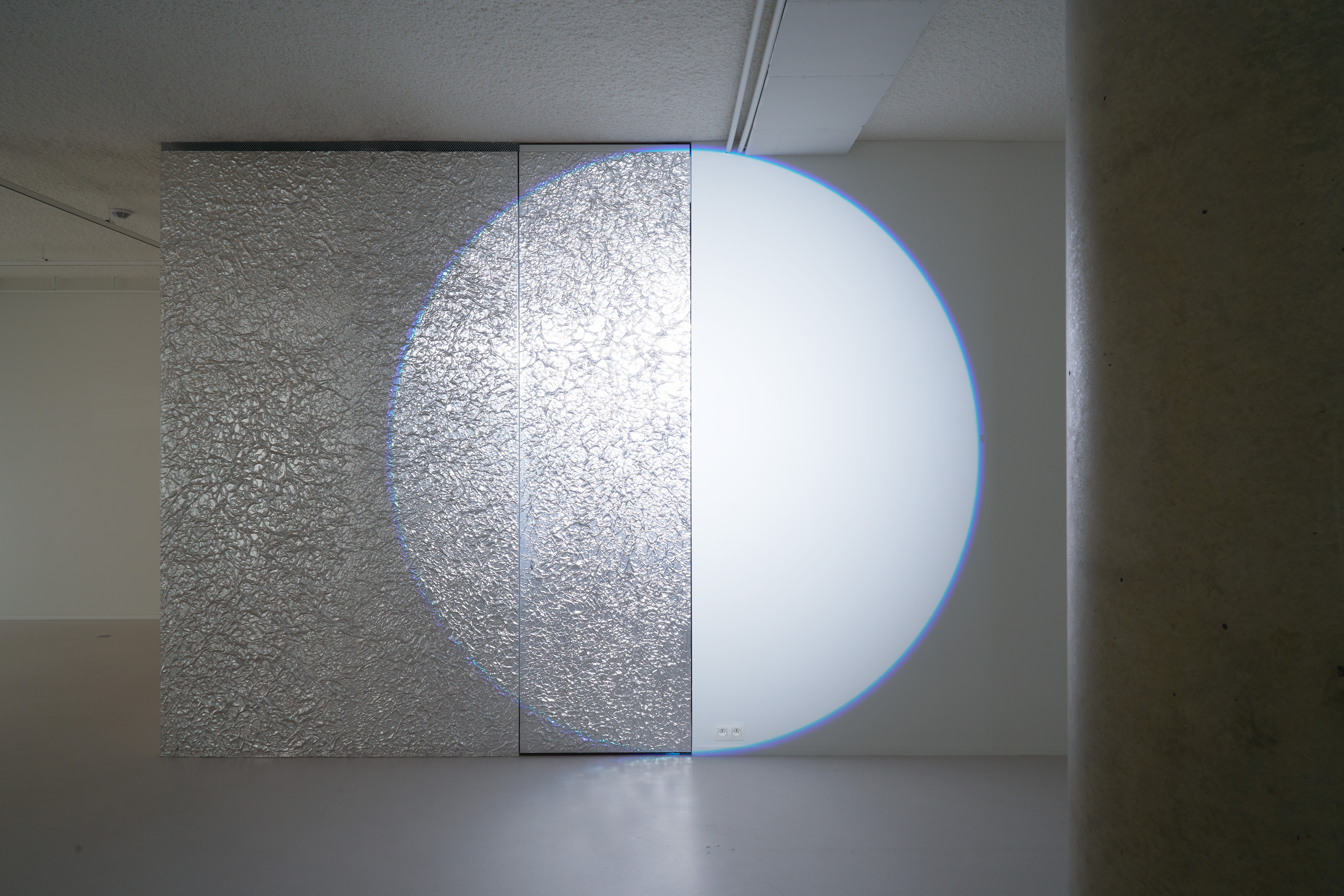 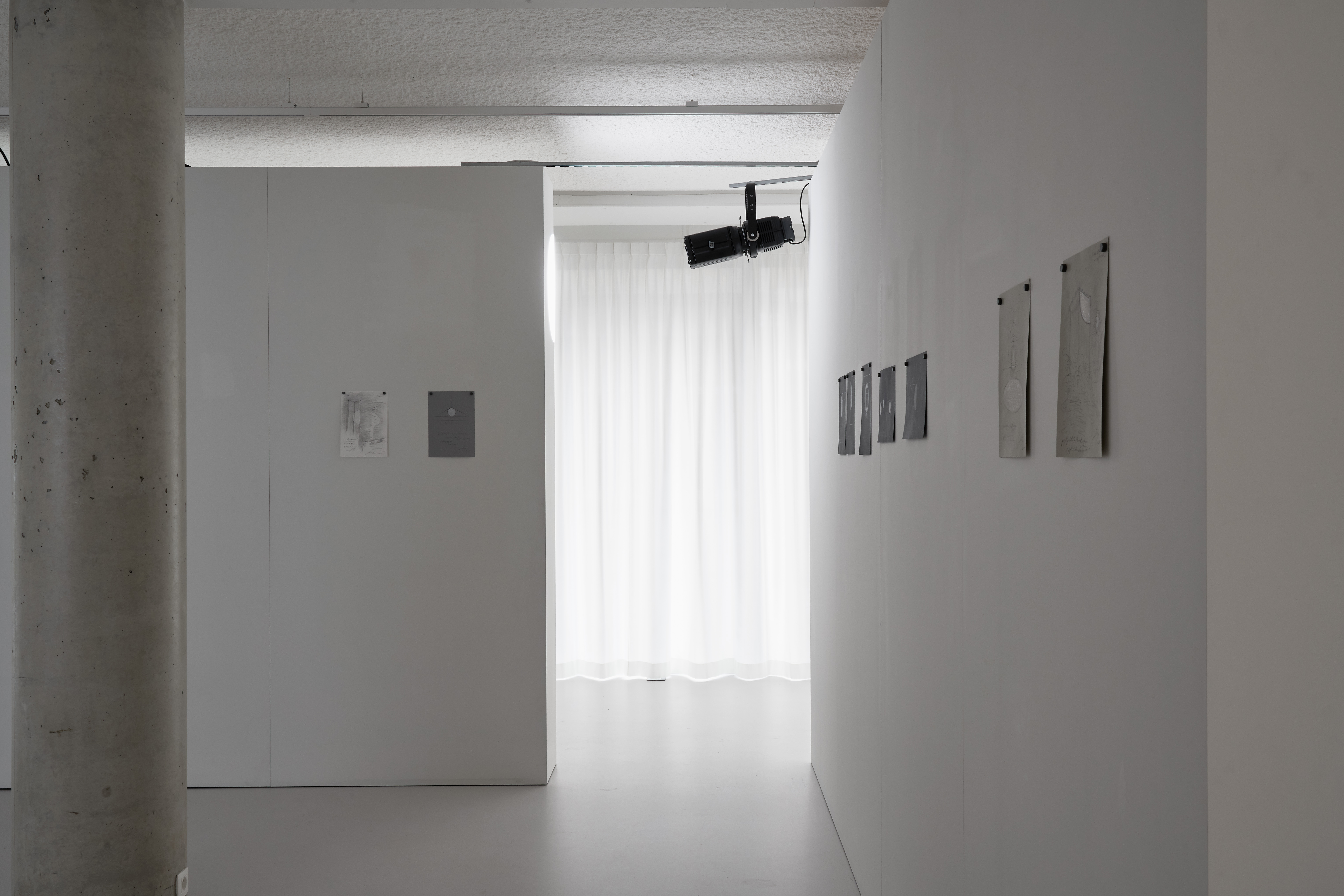 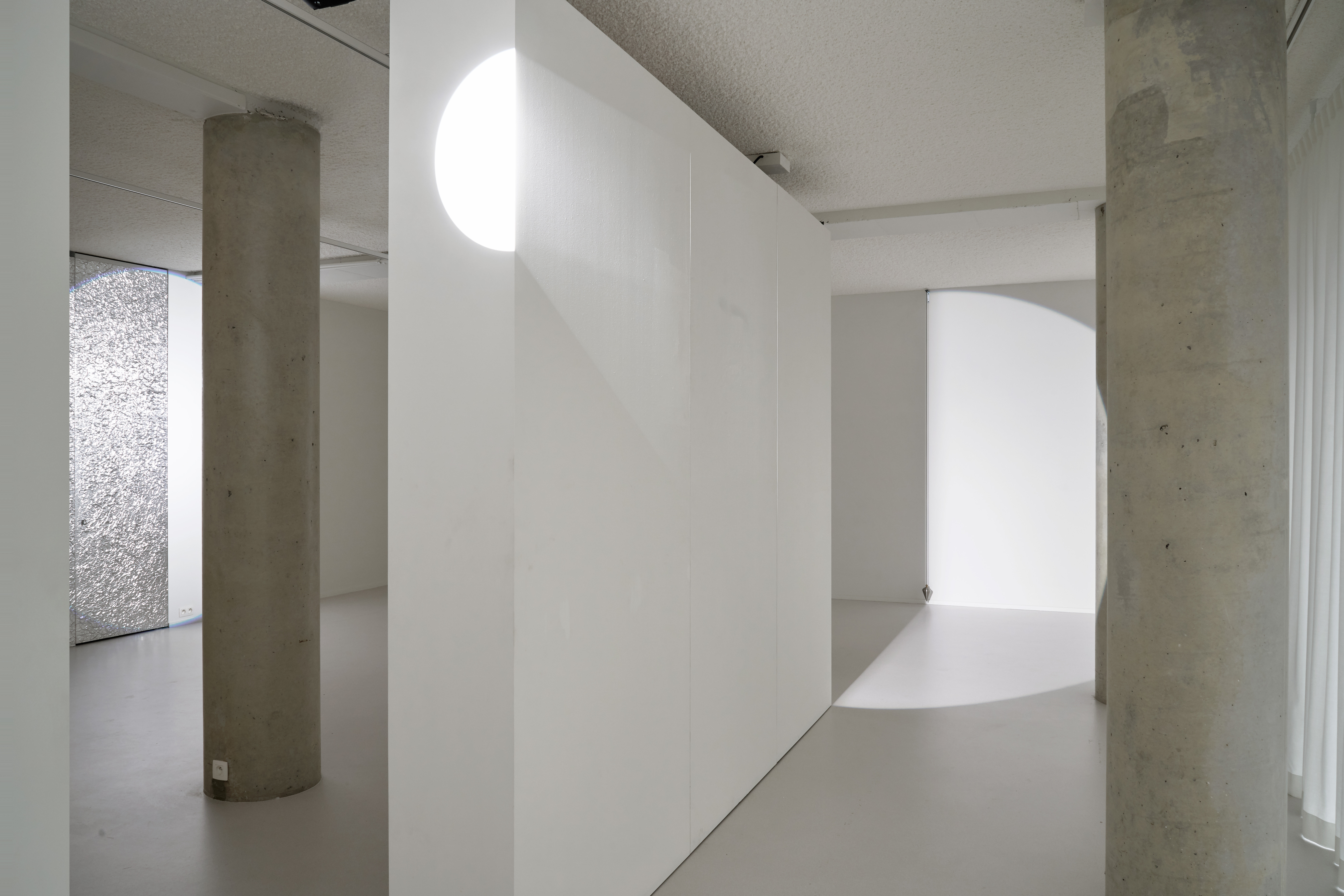 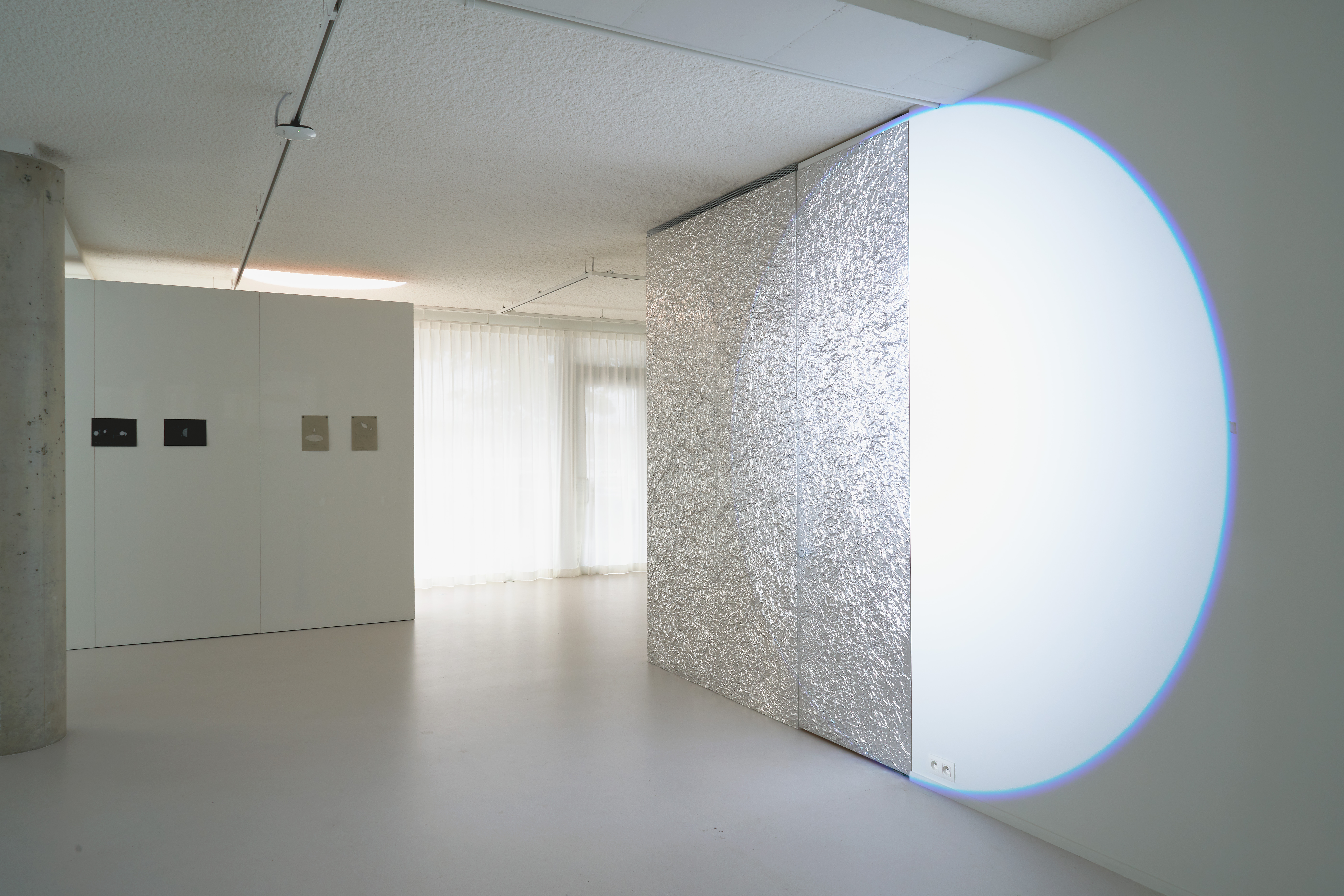 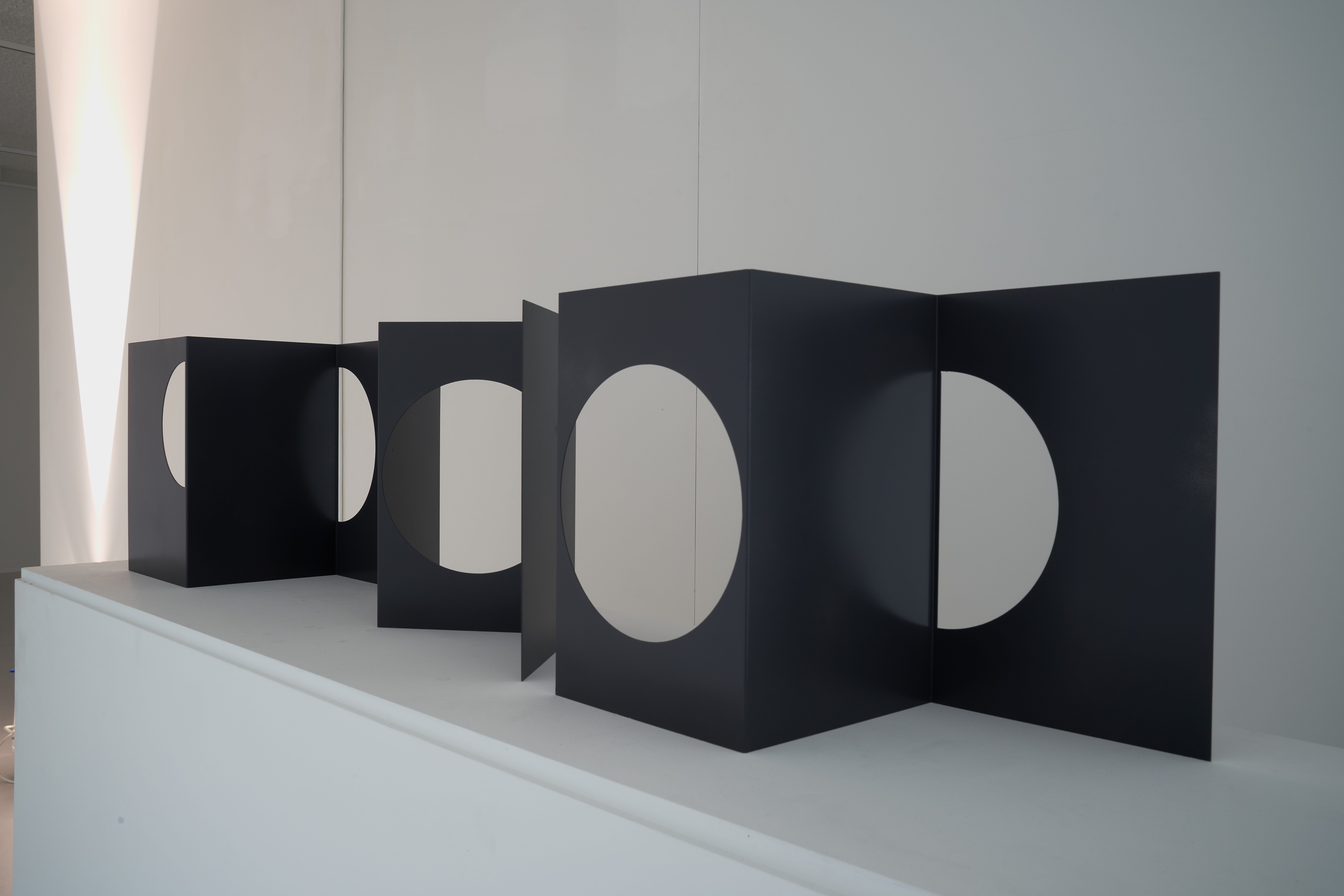 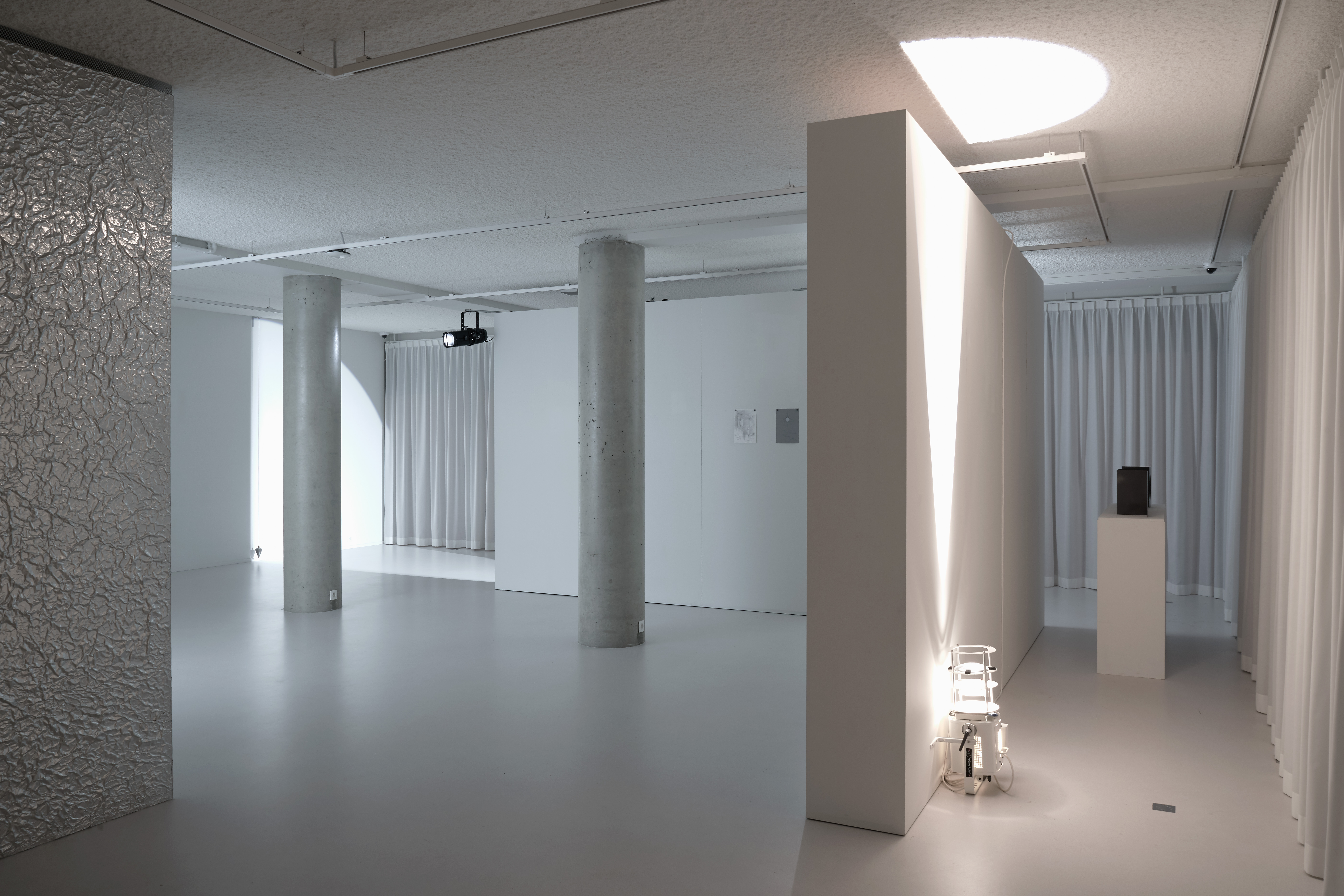